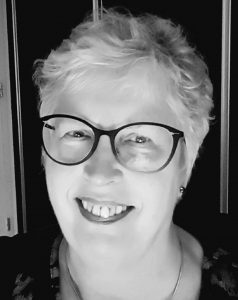 My name is Irma Lommen-Salden. I live in Sittard, a town in Limburg, the most Southern province of the Netherlands.
My greatest hobbies are local history and genealogy. The big project I have been working on since 1992 is researching Limburg immigrants to America. It started with immigrants who left from a certain part of Limburg in the 1860th, especially the years 1860 to 1863. In that period hundreds of people from the center of Limburg left their home land to find a better living in America. Most of them settled in Minnesota.
At the moment my research has widespread to about the whole province Limburg and also across the border into Belgium and Germany.

This project is taking a lot of my time but is so interesting and such great fun to do! During the years I have met many descendants of those Limburg immigrants from all over America, through the Internet but also in person in Minnesota and over here in Limburg. I Have made many dear friends this way. Although those immigrants went to several other States too, Minnesota has become a special place to me.

During the years I have gathered a lot of information and on this website I want to share some of this with you. I hope it will give some a start with their family research and point others in the right direction.